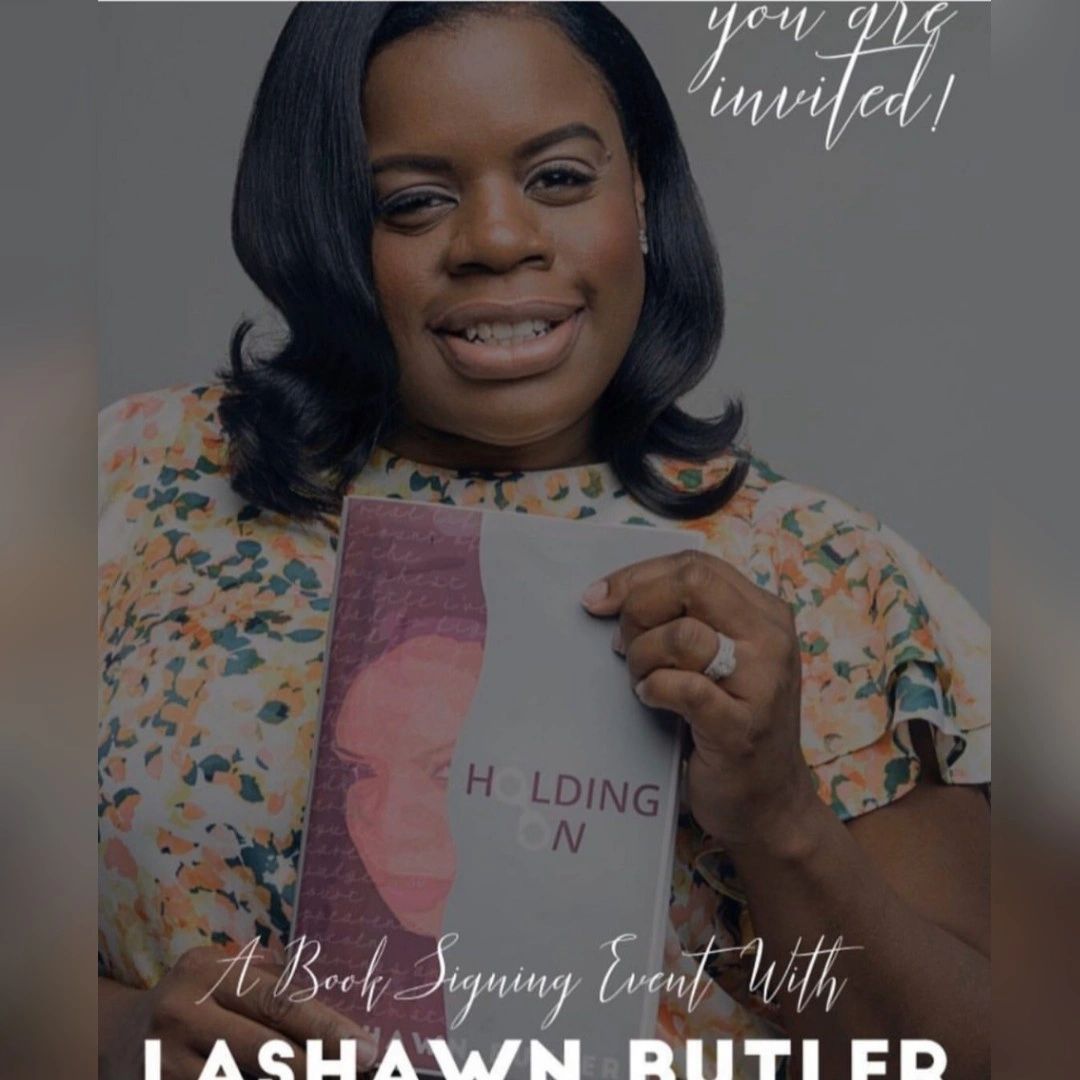 My mom was a teenage parent and so was I. My daughter is 23 years old, no kids, working full time. She started college but is taking a break while she figures things out….made it past her not being a teenage mom. Now we are working on her breaking glass ceilings, maintaining good credit, finishing her education, poor spending habits and really living her best life. .

Currently: I’m a clinician, author and in the process of getting my private practice up and running. Got married in Paris this summer. My husband has 3 kids and I have 2…we are not planning on having any together. Instead we are teaching our children to have an appreciation for traveling and not setting limits on where they can go in life. So far, we have 4 high school graduates, 1 college grad, 2 in college now and my son is the baby…senior year in high school. .

This now 40 year old, once 16 year old mom, graduated VP from NYU social work program in 2013 and is joining forces to bring a mental health facility to the South Bronx so black and brown people can let go of the stigma that we don’t need therapy.  So that we get the help we need and deserve.

You can find out more on what Lashawn is doing by going to her IG page. Just click the link below 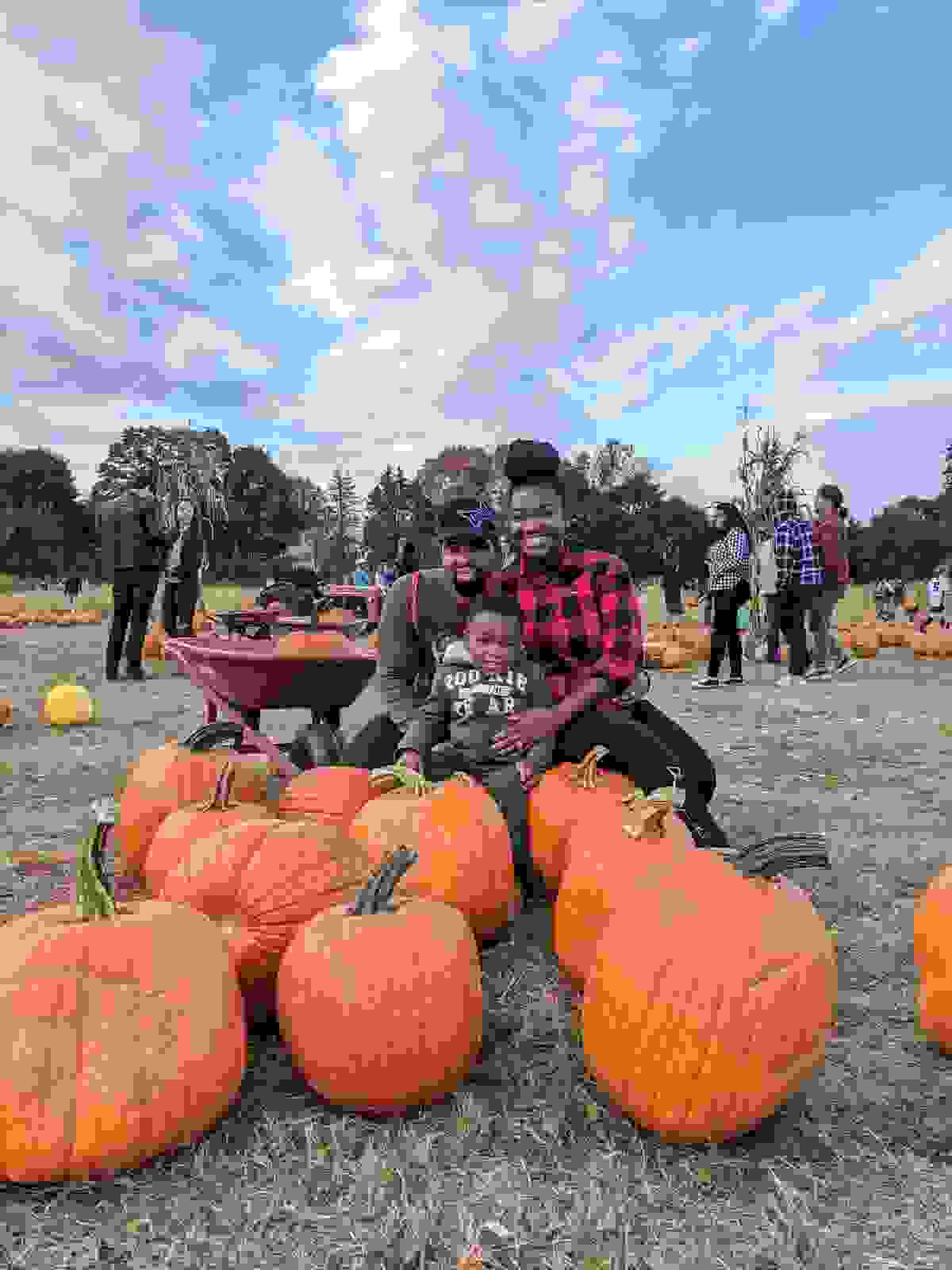 My wife and I broke our generational curses by looking at what injured our families. Mainly outside children, sibling rivalry; predation.

Together, we decided we weren't going to fall into the same trap that befell our parents and grandparents.

As a young family, we make it a priority to keep our bonds strong as ever by keeping open communication, a working partnership with respect and love always.

You can find out more on what Bjorn is doing by going to his Linkedin page. Just click the link below 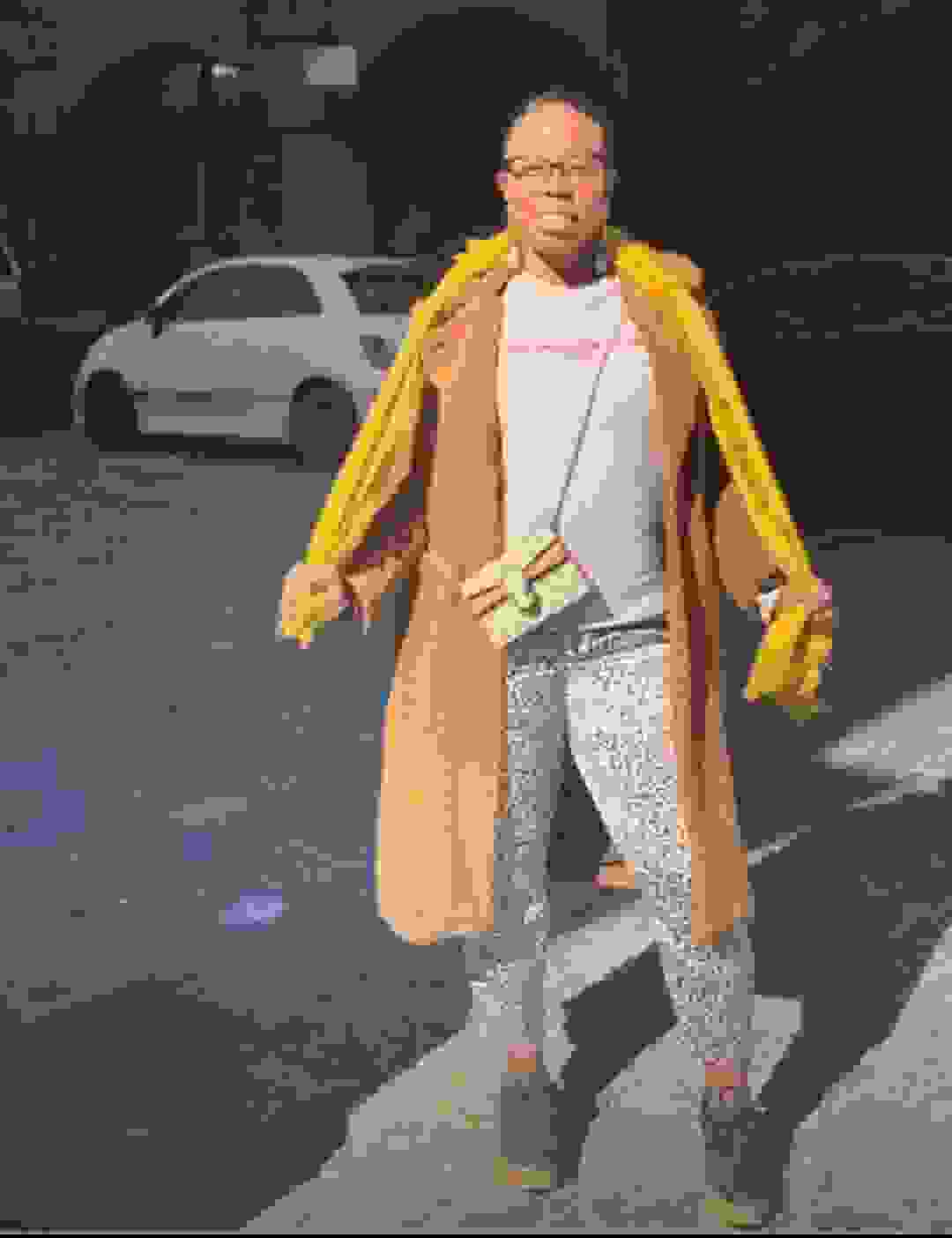 I must disclaimer that my family has done the best they could with the tools they were given.

With much self actualization, my generational curse is rooted in the role of women. My family is a matriarch run unit. In turn the women in my family have passed down an expectation to be unrealistically “strong.” “Education and career comes first, and you don’t need no man.” Women are taught to say no and not taught how to collaborate.

While this may seem like a great message for young women, the dangers of this message are being rigid, not learning how to develop healthy partnerships with men, and having an obscure concept of independence.

Unfortunately these values have caused women in my family to make poor choices when choosing a mate and approaching relationships with issues of control.

I am breaking these curses by allowing myself to find balance in being strong and being delicate, and not being afraid to be vulnerable. I also explore these expectations with the work that I do with women in my private practice who experience shared values.

You can find out more on what Janice is doing by going to her IG page. Just click the link below 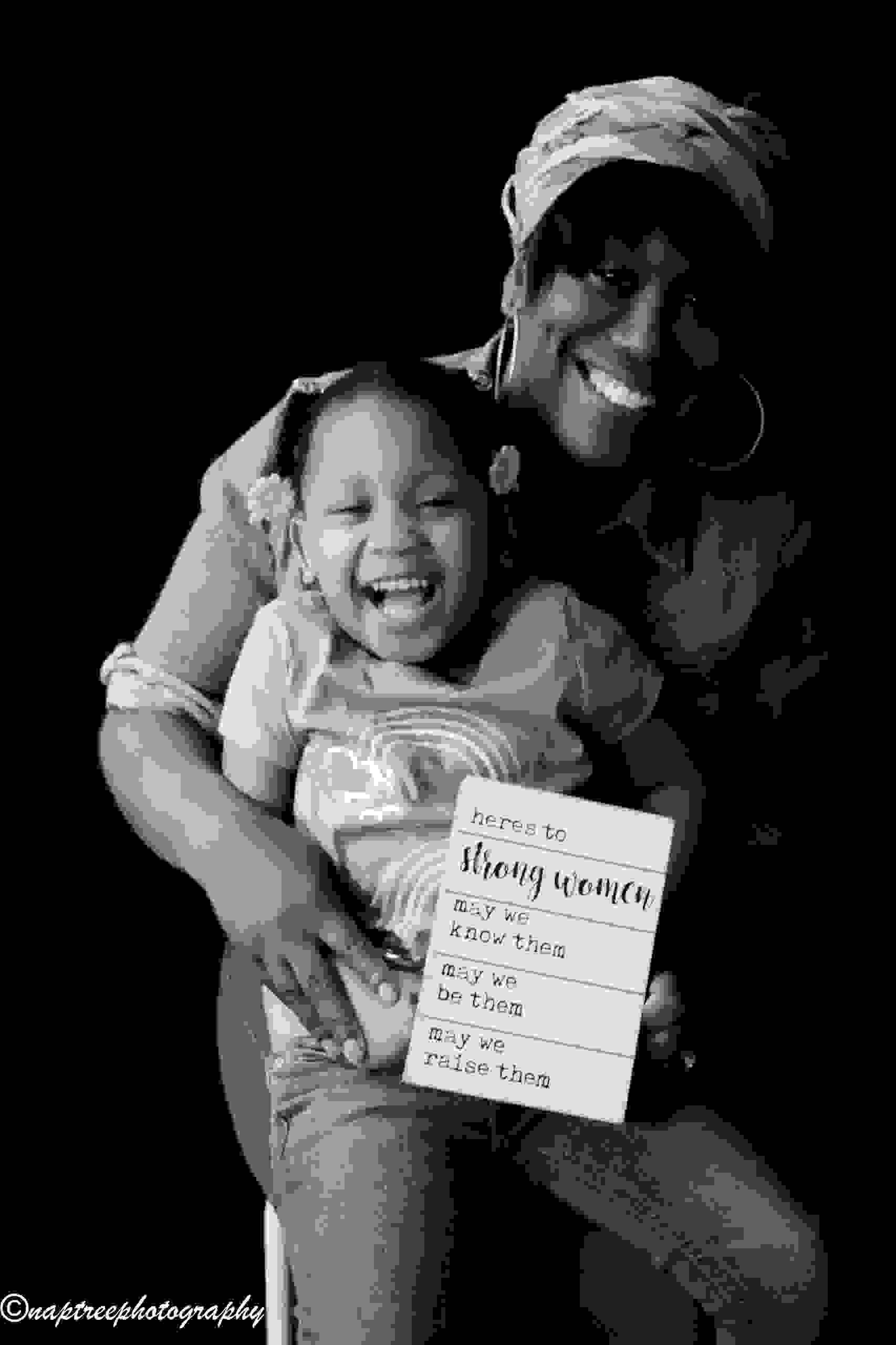 One of my favorite quotes by Elizabeth stone is “Making the decision to have a child - it is momentous. It is to decide forever to have your heart go walking around outside your body.”  Man if that statement isn’t the realest. And if anyone fortunate to experience this spectacular and gratifying  phenomenon, they know it is also one of the scariest. Often when having a baby, you think about all the things you want to pass down and how great this new addition to the world will be. But we never think about the flaws or qualities we don’t like about ourselves to pass on.

One day my daughter was in our living room and she wailed this loud heartbreaking scream. I was in the room with her so I was perplexed as to why she screamed. Her dad came running in as she threw one of her boots to the wall.  She frowned, grunted, and screamed “I can’t do it.” Her dad shook his head and said okay little Shari (my name). She began to put her shoe on again and told her dad, that’s not my name that’s mommy’s name. He told her that he could help her and she said “no I can do it myself.” Her dad and I looked at each other because we were seeing the same thing. We were seeing….ME. And literally in seconds she put her shoe on...by herself (as always). As for me I was frozen... because all I kept thinking was how I hoped I didn’t pass on this debilitating trait.  She interpreted that moment as a failure when she actually succeeded (succeeded well). I was proud of her. But she wasn’t proud of herself. She got up after we both asked her why she screamed like that and she replied “I couldn’t do it” but I told her “you did do it”. I showered her with compliments but I realize I had to have her acknowledge that she was great and she should be proud of herself. I made her say it and I told her to smile.

People perceive being a perfectionist as a good thing...however, one of the crippling things about it, is that you never feel successful....Could you imagine how your spirit feels every single day “failing” through life.  I will work my hardest, matter of fact I will LOVE my hardest to make sure she learns from me and learns a better way to live. Hopefully it was a toddler independence phase that most go through. Honestly seeing the conviction, the intensity, and frequency, I beg to differ. But all I can do is break the generational curse. And show and teach her how to be strong, independent, unique, proud and accepting of her journey.

To learn more about Shari, pick up her book , "The Lost Notebook". 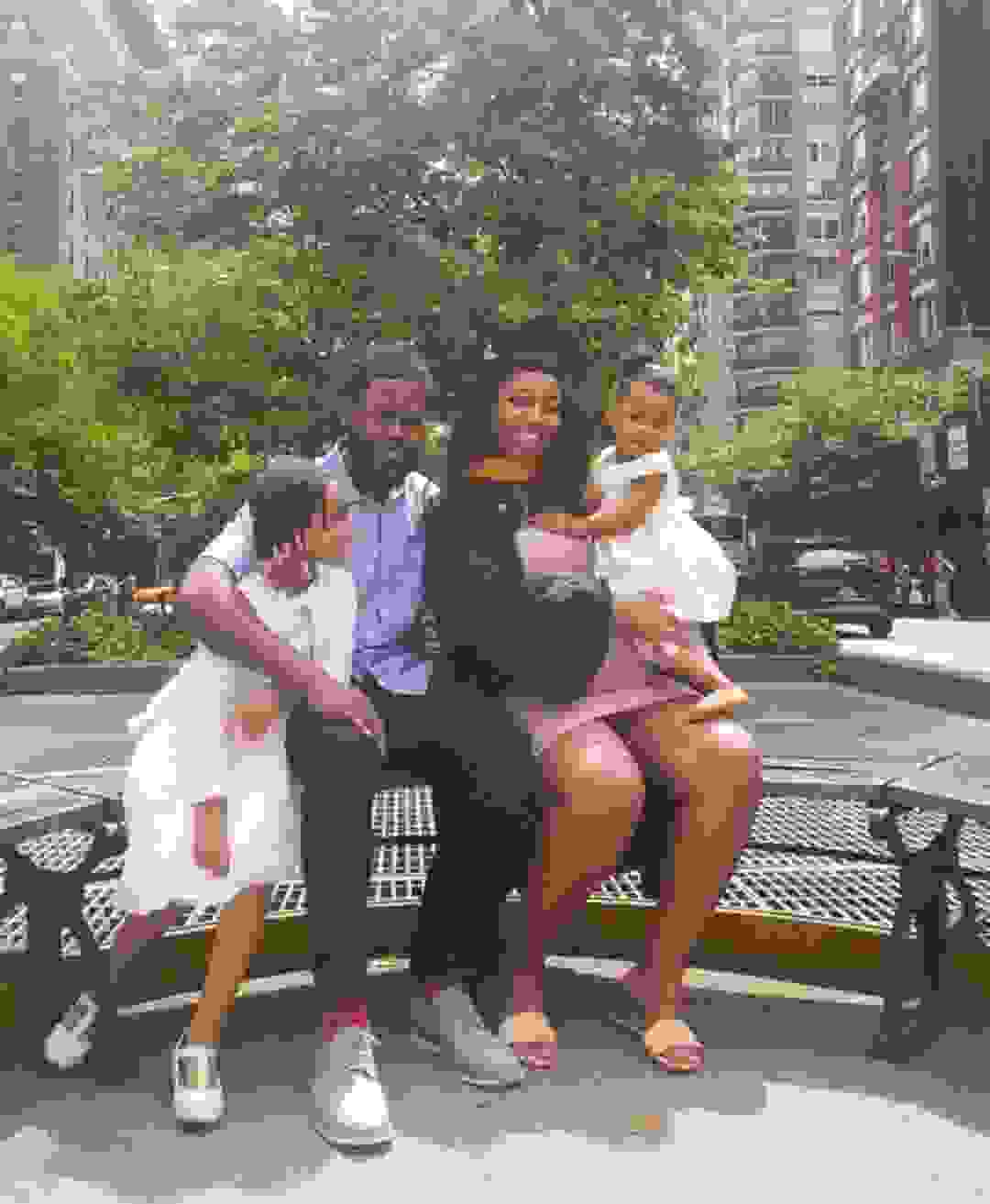 Breaking the generational curse of living in a broken home. I was thinking broken home is the most general thing to think of. It can often occur due to financial instability, poor communication, infidelity and being guarded. We're working for better for ourselves and children.

Nancy- I'm currently a stay at home mom on maternity leave. I just graduated with my masters in nursing in May, so now I'm  a Family Nurse Practitioner. I've been in the nursing field for 15yrs.

Dudley-  I'm a Senior System Manager at Con Ed and I've been with my company for the last 13 years. I have my Bachelor's in Criminal Justice.  Have my company Mursinary Productions LLC.

Both of us make good communication, financial planning and faithfulness important in our relationship and now marriage.

You can see  more of what Dudley is doing, outside of family and career, by clicking the link below to his IG. 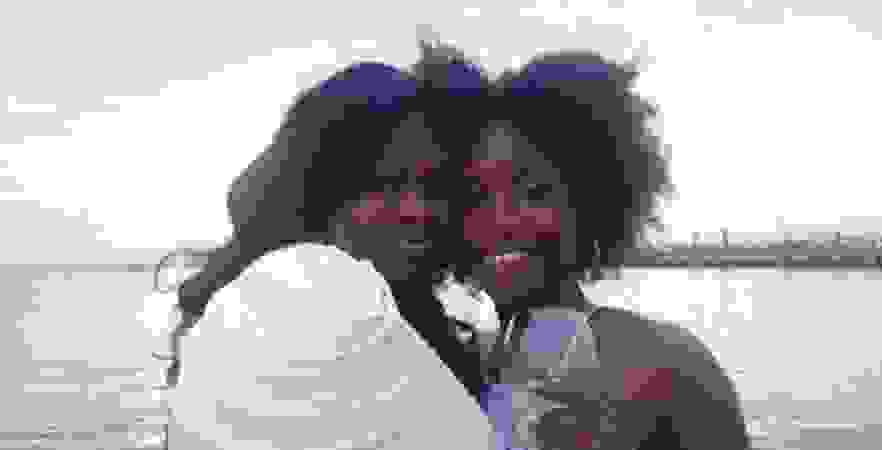 I have broken the GENERATIONAL curse with my daughter!!!

My mom and l never got along but, my daughter and l have the best relationship. II made a promise to myself when l had her that l would do things differently and would work on having a relationship with my daughter. So from the time she was in my womb, I spoke to her and told her she was loved and I continued that to this day. We talk about anything, take trips together and, whats most important to me, build memories that will last a lifetime.

I know I fulfilled my purpose as a mother by how I see our relationship is today.

You can see  more of how Donna is supporting Nekeema and helping build her brand by clicking the link below to her IG. 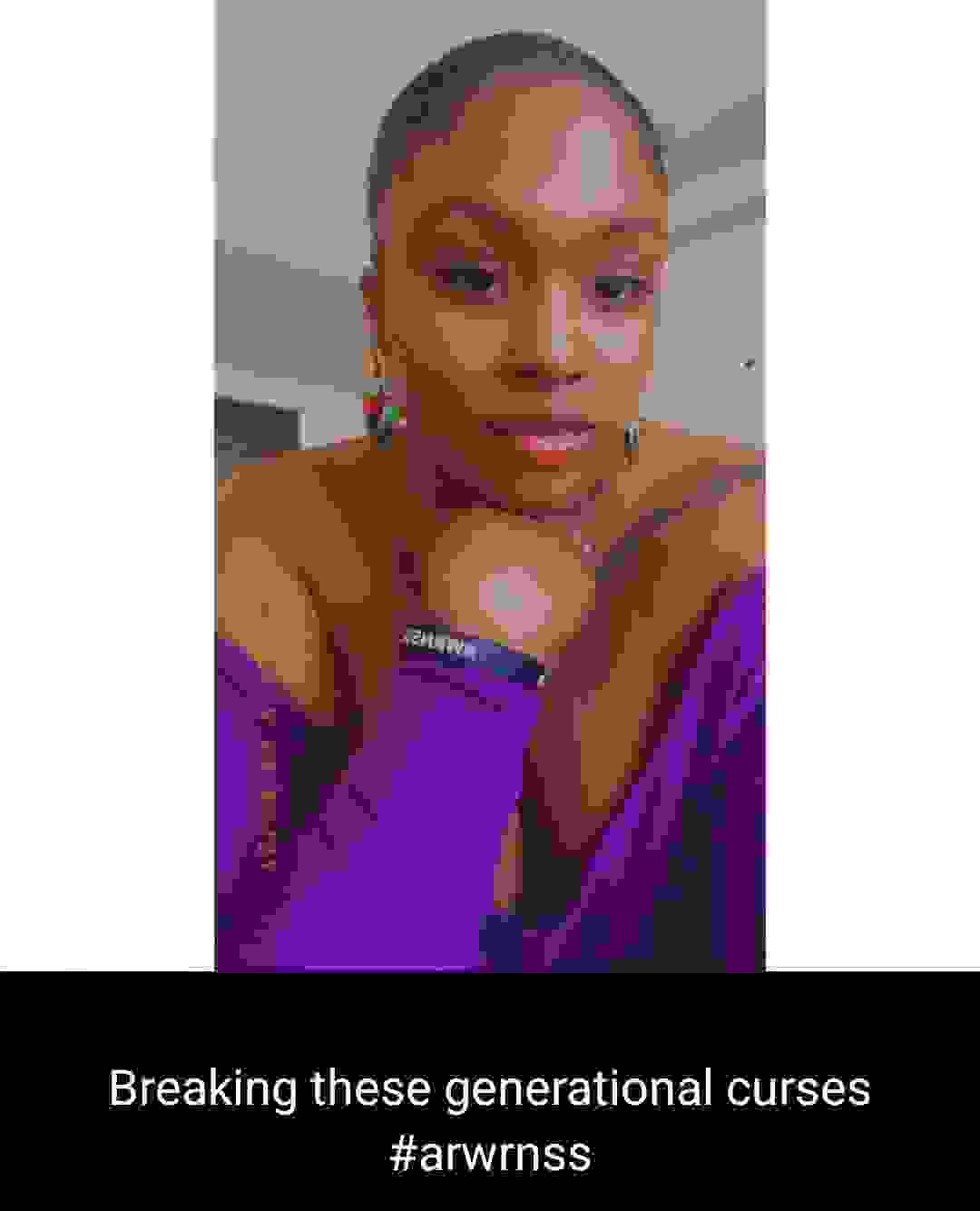 Me: How do you feel?

Tiff:  I'm just straight in disbelief. I hope I'm telling GOD thank you enough. I hope HE know how gratuitous I am. Cause girrrrrrlllll

Tiffaney broke her family's generational curse of renting and never owning. She bought her very first home and took mom along for the blessing. She is also the first one in her family to step out of the "9-5" world and starting an amazing shoe line coming out in the new year called "JAI".

(Pictures below of her beautiful home and one of the shoe designs we are all waiting on!!)

You can see  more of what Tiffaney is planning when she releases her shoe line next year. Page is private while things are under construction but will be available to the public when she is ready. Just check back and click the link below

Don't forget to subscribe for new information on events and resources to help build your mental health!